I wrote my first song in 1972, triggered by power cuts and the miners’ strike – I still perform it. I wrote songs (at that time quite derivative) for my school bands, collaborated on extended pieces for the prog-rock band, and two of the five tracks on the punk EP.

Composition wasn’t available as an option whilst I was studying my music (and electronics) degree – I wrote a few simple pieces, but quickly realised I needed more guidance. Whilst working in the record industry in London, I took private lessons with the composers Peter Lawson and Anthony Payne as well as evening classes at Morley College, then bit the bullet, relocated to Newcastle, and studied for an MMus in Composition.

With performers on tap, I wrote (and had performed) everything from sonatas and songs to full orchestral and choral pieces, then took advantage of the Government’s Enterprise Scheme to pursue composition full time. However whilst very satisfying, financially it didn’t work, and when I was faced with the choice of selling either my beloved Moto Guzzi or my beloved Gibson SG to buy a new car I went back to writing and performing in my spare time.

After more redundancy I composed full time, releasing my first ”classical” CD, until the Government ‘encouraged’ me back to work.

I’d not written a song for years; however a move from Glasgow to Argyll, a subsequent move back to my native Dorset, and the opportunity to perform regularly, rekindled my interest; to date I’ve written nearly 150 songs, most of which I perform as regularly as I can. There are now other performers who are starting to sing my songs.

My most recent challenge was to write at least a song a day from the first lockdown in March 2020 to the end of that year. This has resulted in 428 songs; I’ve just finished fair copies of them and am now starting to learn a few.

Tugging at the Heartstrings (1980) 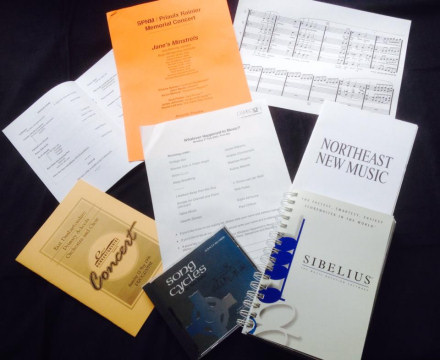